The olive trees are in the region of Humilladero, in the Málaga province, bordering the countryside of Seville and Córdoba, with a mild and stable climate throughout the year.

Our trees are located at the bottom of Sierra de la Camorra, near Los Carvajales in a within a landscape filled with olive groves. In its surroundings, we have the Laguna de La Ratosa, a natural salty water lake where flamingos and other birds nest. 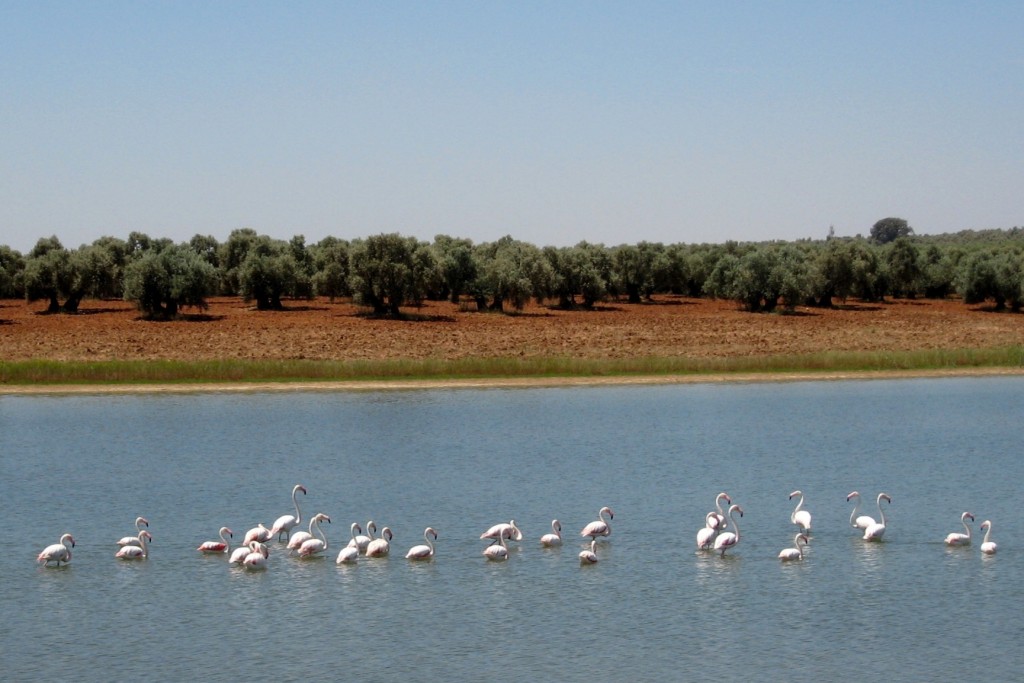 The Laguna de la Ratosa Natural Reserve is a 22,7 h area. It’s humid zone, with no exit to the sea, little depth and salty waters.

The waters where it feeds from, comes from a torrent and rainfall, thus giving it a temporal character associated with the annual rain.

The vegetation surround the Laguna (lake) is very reduced, basically composed by taray, reed grass and reed, as the saltwort plant adapted to salty layers. Some parts of its edges have no vegetation due to the crops – mostly of olives and cereal. The Laguna de la Ratosa has a rich floral environment due to the richness of the species of the vegetation that are submerged, and the presence of the rare and threatened Althenia orientalis, an aquatic plant which lives in low depths.

The fauna is similar to the neighbouring  Laguna de Fuente de Piedra; it has flamingos, storks, avocets, and cabochons. The degradation of the lagoon surroundings means a limitation of the refuge and nesting of birds, which use this areas as feeding zone.

When you browse on this site, cookies and other technologies collect data to enhance your experience and personalize the content and advertising you see. By continuing to use the site, you agree to this use of cookies and data. More information